The rapid rise of renewable energy in the Middle East 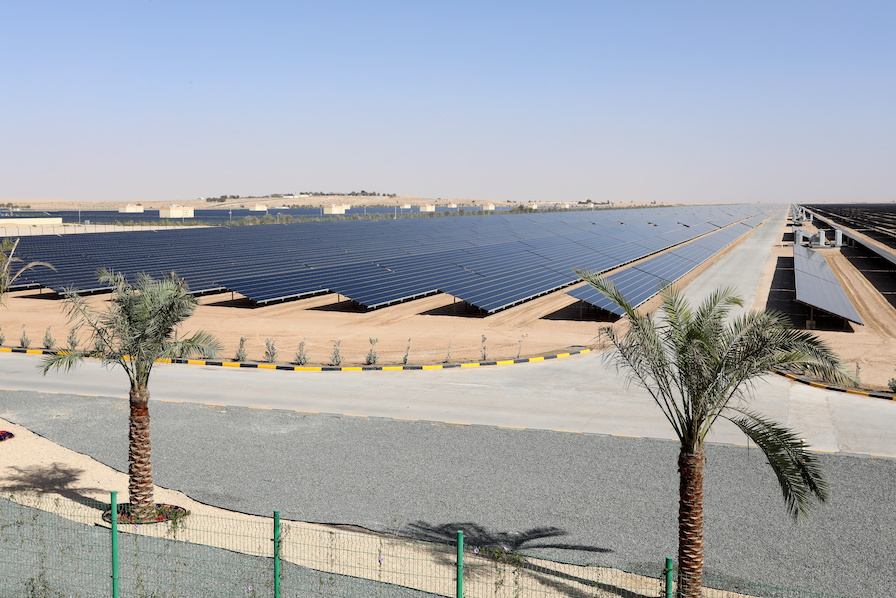 Historically a region that has relied heavily on its vast reserves of oil and gas, the Middle East, is fast becoming a leader in renewable energy.

The shift has been sparked by changes in legislation as an increasing number of countries commit to clean energy targets and net zero.

Which Middle Eastern countries are leading the charge to clean energy?

For decades, the Middle East’s energy mix has been comprised almost exclusively of oil and natural gas. As recently as 2019, these two energy sources made up more than 98% of total supply in the region.

Recent volatility with oil and gas prices has underlined the risks of relying solely on fossil fuels and, as part of the wider push towards net zero, several countries are now seeking to diversify their energy assets.

The UAE, a leader for renewables in the region, is aiming to increase the contribution of clean energy in the total energy mix to 50% by 2050. Along with a scaling up of solar, wind and biomass, the country is also targeting a 25% share of the global low-carbon hydrogen market by 2030.

Saudi Arabia has set the most ambitious target of generating 50% of its energy from clean sources by 2030. Solar farms will be the driving force behind the Kingdom’s transition, with the country also investing heavily in carbon capture and storage (CCS) technologies.

Elsewhere, Qatar is among the countries adopting electric vehicle (EV) technologies and plans to transition to an emissions-free public transport system by 2030. Israel and Oman are also taking steps to reach net zero by 2050, generating thousands of renewable energy jobs for local people.

Some of the world’s biggest and most ambitious renewable energy projects can be found in the Middle East. We’ve picked out three key projects that are set to drive the region’s transition to renewable energy over the coming decades.

The Neom megacity currently under construction in the northwest of Saudi Arabia promises to push the boundaries of urban design. Its ambitious scope of work extends to energy, with the city to be powered entirely by solar, wind and other forms of renewable energy.

Neom will also feature what has been dubbed the world’s largest green-hydrogen-based ammonia production plant. The facility is expected to produce up to 600 tonnes of carbon-free hydrogen per day, which will be used as a sustainable alternative to fuel within the global transportation industry.

Operational since 2013, the Mohammed bin Rashid Al Maktoum Solar Park is soon to be the world’s largest single-site solar power plant. The power plant’s capacity is projected to reach 5GW by 2030, enough to power 320,000 homes. At its peak, the project created around 1,280 energy sector jobs.

Alongside the Noor Abu Dhabi Solar Power Plant, which primarily serves the city of Abu Dhabi and holds the current title for the world’s largest single-site power plant, the Mohammed bin Rashid Al Maktoum Solar Park will play a key part in the UAE’s push towards net zero.

Dumat al-Jandal Wind Farm is Saudi Arabia’s first wind farm and the largest of its kind in the Middle East. Construction on the project began in 2019 and the wind farm was connected to the country’s grid last year. To date, it has created over 1,000 wind farm jobs for local people.

Work on Dumat al-Jandal is still ongoing, with completion imminent. Once fully operational, it’s expected that the wind farm will have a capacity of 400MW, helping to displace approximately one million tonnes of carbon dioxide every year.

The future of renewable energy in the Middle East

With its sprawling desert terrain and exposure to intense solar irradiation, the future of energy in the Middle East is likely to be led by solar power.  The renewable energy source is set to account for 15% of the region’s power mix by 2030, creating thousands of solar jobs in the process.

Due to the intermittent nature of solar energy, significant resources have also been allocated to wind energy. New projects in Oman, Egypt and Saudi Arabia will generate plenty of wind farm jobs for local people and industry contractors while bringing the region closer to its clean energy targets.

Similarly, the region has established itself as a hub for the development of CCS technology. Carbon capture will help to reduce emissions from industrial processes while also contributing to the production of low-carbon hydrogen.

The development of clean energy in the Middle East is exciting news not only for the region but also for the rest of the world. Other countries will benefit from the region’s exports and innovations, creating millions of renewable energy jobs and accelerating the global push towards net zero.

Supporting the energy transition in the Middle East

With over a decade’s experience in the Middle East, Petroplan is perfectly placed to support renewable energy companies and candidates through the energy transition. We recruit for a wide range of renewable energy jobs and can be trusted to find the right fit for any role.